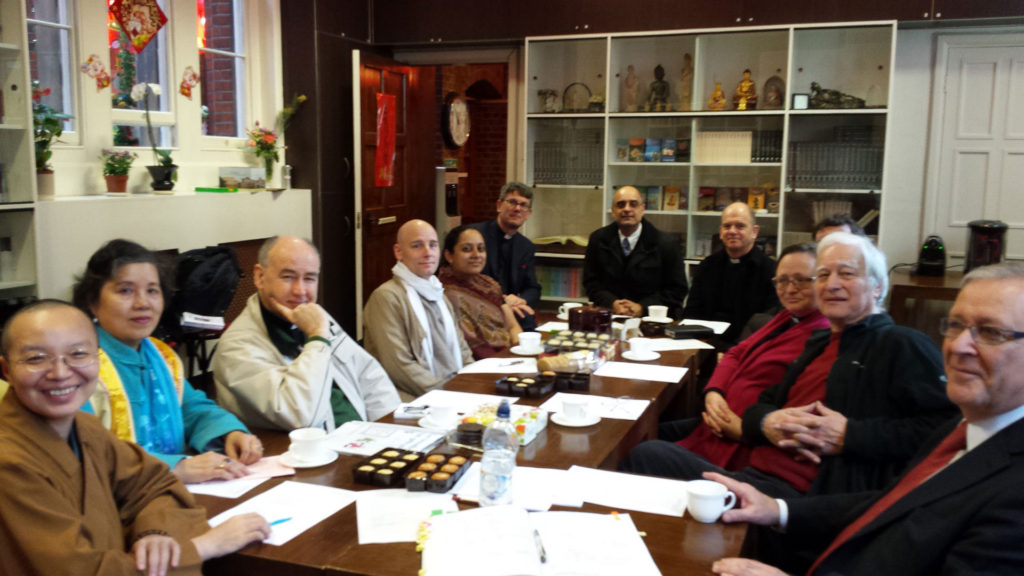 The United Kingdom has a proud history of valuing diversity. Westminster is the tenth most ethnically diverse place out of 455 local authorities where over 170 different languages are spoken.

Following the recent EU referendum we have witnessed greater division and a surge in hate crime.

At the same time there are new interfaith friendships, dialogue and cooperation. Located in the heart of London, Interfaith Matters convenes a forum of 25 clergy and community leaders representing seven world religions. All members are committed to a common vision of social integration and cohesion, to a society in which diversity is valued and celebrated.

The Forum’s unanimous and unambiguous reaction to the recent rise in hate crimes was emphatically expressed by Mariano Marcigaglia, of The Buddhist Society, “Out of sincere and compassionate concern for all involved, we need to speak out and stand by the most vulnerable, the ones who are subject to abuse, appealing to our shared humanity. Only unconditional love can conquer hatred.”

The strength of feeling was resoundly echoed by Revd Jon Dal Din, Director at Westminster Interfaith, “In this climate of racial tension, confusion and division, we need to continue and redouble our efforts to reach out to one another in a spirit of friendship, compassion and understanding in order to maintain peace and harmony within our local communities and in society at large, because, although we are different, people of faith all agree, that the future of humanity and the planet lies in unity not division and separation. Love conquers all.”

Speaking from experience of a community that faces discrimination, Imam Alomgir Ali, former Imam of the Victoria Islamic and Cultural Education Centre was unequivocal, “The rise in xenophobic and racist attacks after the referendum is indeed very worrying and alarming. All communities must stand together to reject and aspire to remove such despicable behaviour from our communities.”

Steven Derby, Director at Interfaith Matters, credited clergy for their commitment, “We believe in community cohesion, and there are many and growing threats to this at the present time. Faith leaders are increasingly responsible for healing division.”

Meeting regularly, and most recently just after the referendum, faith leaders were reminded of Pastor Martin Niemöller’s salutary lessons; speaking truth to power, standing up to racism and working for unicity. It was entirely appropriate that the meeting was held in a Francophone Church located in the heart of London’s West End close to Leicester Square. As clergy affirmed their commitment to Niemöller’s lessons the Church’s Refugee Centre welcomed some of the capital’s dispossessed so that they too could “play a full role in society.”

We are faith based but not faith biased. As leaders, we call upon, and will work with, all political and civil society groups to write the next chapter in the United Kingdom’s proud history of valuing diversity.