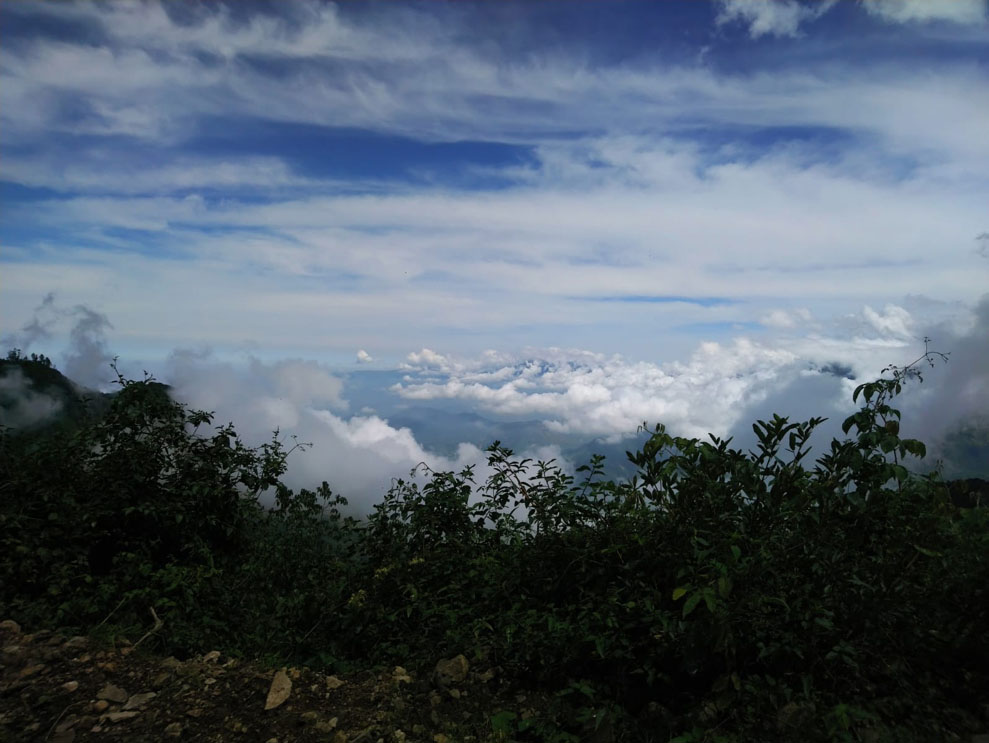 Palo Santo is an organic art installation made during the course of Lent, with UAL alumni Sophie Alston & Ingrid Pumayalla, working with UAL students  Kemi Ajose and Anna Marsh, alongside the community and congregation of St Peter de Beauvoir Town in Hackney. The title comes from Palo Santo, the name of a Peruvian tree that is considered to have mystical properties. The Spanish translation means ‘holy stick’. 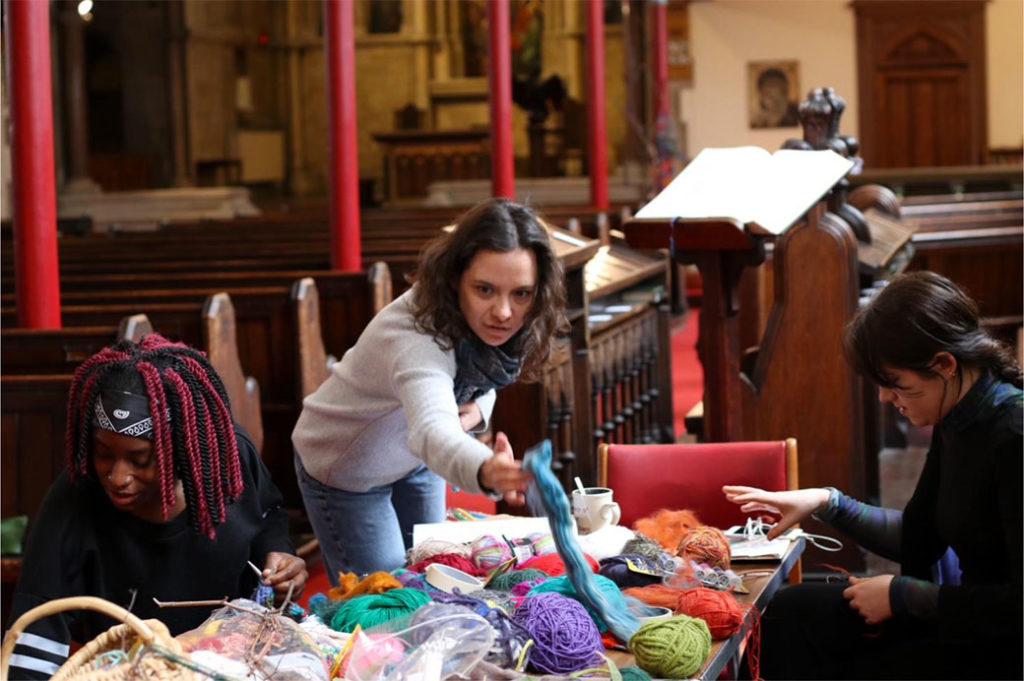 Sophie Alston and Ingrid Pumayalla have previously collaborated on Solace Project, artworks co-produced by participants across two hospices and culminating in an installation in Central Saint Martins Windows Gallery.  Solace at St Peter’s: Palo Santo is a further exploration of the consoling nature of making in a spiritual community setting.

Ingrid Pumayalla’s current relocation to her home country, Peru, has created an unexpected opportunity to work in a trans-national way. While Sophie has been gathering sticks and weaving exotic new forms in Hackney, Ingrid has been travelling in Trujillo in search of her own Palo Santo rituals. Ingrid’s video will be screened at the launch event on 6 April.

Sophie Alston explains the process: ‘This project was intended to be organic, with the idea that the pieces made have space to breathe and become items of contemplation within the church and crypt setting. As with the way Peruvians harvest only fallen Palo Santo branches, we have only used fallen branches. It has been extremely fortuitous that just before this project commenced Storm Gareth has caused many branches to fall from the trees, meaning that the materials used to make this installation have, in effect, been given to us. The use of these natural materials, at this time in the church calendar, in these two different ways have given opportunity for the people involved in the project to reflect on the universal nature of faith, creation, rebirth and spirituality’.

For the congregation, ‘observing the work emerge as they journey through Lent, the fallen branches strewn around the church, are a reminder of the dead wood we clear away from our souls in preparation for the Easter feast. The transformation of the sticks into intricately woven mobiles – made with leaves, fabric scraps, leftover wool, old buttons – evokes the strangeness and wonder of new life.’

Solace at St Peter’s: Palo Santo has been developed in association with Arts Chaplaincy Projects, a partnership between University of the Arts London and the Diocese of London, connecting arts practitioners with a range of spiritual communities, and creating mentoring opportunities for students.